ART/SWITCH is a collaborative work with the artist Dewi Williams.

Jean-Jacques Rousseau’s The Social Contract (1762) introduces the concepts of the general will and the particular will, the former being the course of action which is of greatest benefit to society at large, and the latter being the selfish will of the individual. It is Rousseau’s contention that an individual always benefits from following the general will, even if it seems to contradict their particular will. If the subject deems these wills to be contradictory and opts to follow their particular will, argues Rousseau, they can be forced to follow the general will. In this manner they can be said to be “forced to be free”.

Objects, such as found objects, can acquire the status of art. Is it a one-way street? Is this a quality which, once attributed, cannot be revoked? Who may act as arbiter? Can an object be “forced to be art” against its will?

This work is not an opinion poll. It is a democratisation of the art-making process, where each unilateral decision designates the real-time status of the object.

ART/SWITCH exists in 2 forms: a physical form as pictured above, and an online version at art-switch.net, where you can remotely determine its status. 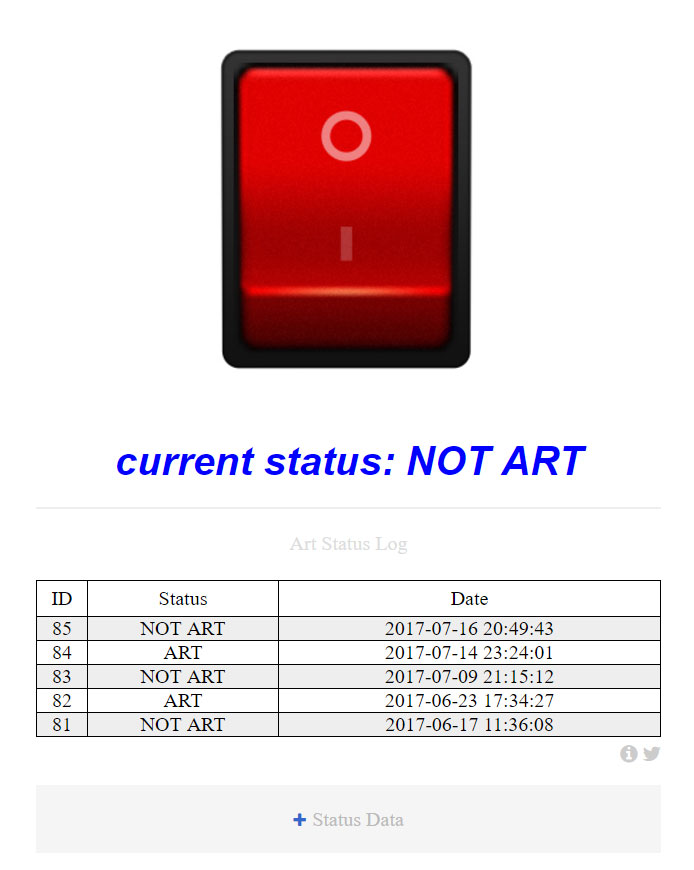