Our job as a species is to try to process the information soup around us, to sift through it, looking for connections and patterns, and to try to find some truth in it. Some connections we see and we decide they are meaningful, cause-effect relationships – the crops grow better in this area than in that area, etc. Or we might notice that the year we killed the goat, the storms were less severe. So we keep killing the goats.

We keep sifting through these connections, attaching labels of validity to them: “This is knowledge”, we say. And from these rightly or wrongly ascribed labels grow sciences, superstitions, religions and entire cultures.

The connections highlighted in Conflux between these three great cultural pillars of language, music and visual art are meaningless. The link between the word, the melody and the colour is an accident; a coincidence of our need to encode phenomena in consistent and communicable media formats which sometimes overlap.

Against this backdrop, Conflux validates you. It confirms your existence. It makes you a little more alive for as long as you are experiencing it. It is not the connection which is the focus, but your ability to see the connection. Your unique position in the universe to experience this connection turns you into a kind of super-audience for as long as you are witness to it. The work cannot exist without you. The tree that you don’t see falling in the woods will make a sound. Conflux could play until the end of time, but without an audience member to witness it and cognitively create the connection, it is incomplete and meaningless.

Conflux has appeared at: 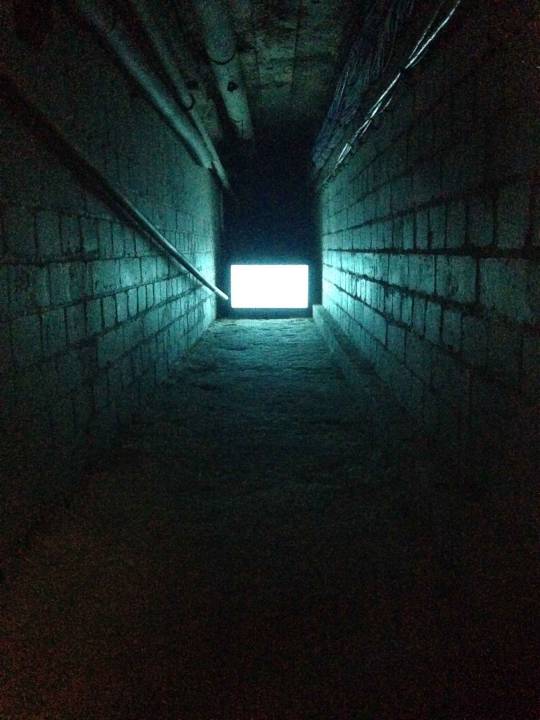 Conflux installed in a service shaft at Anglia Ruskin University in Cambridge, UK, installing as part of Art Language Location. 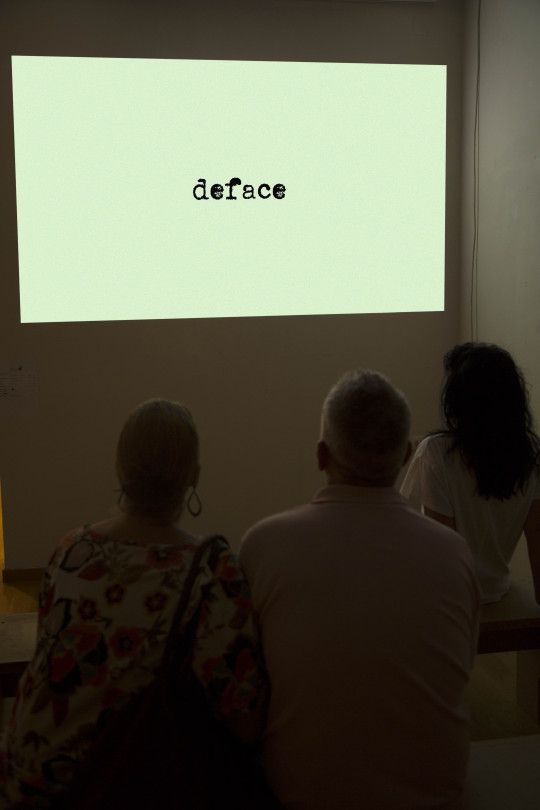