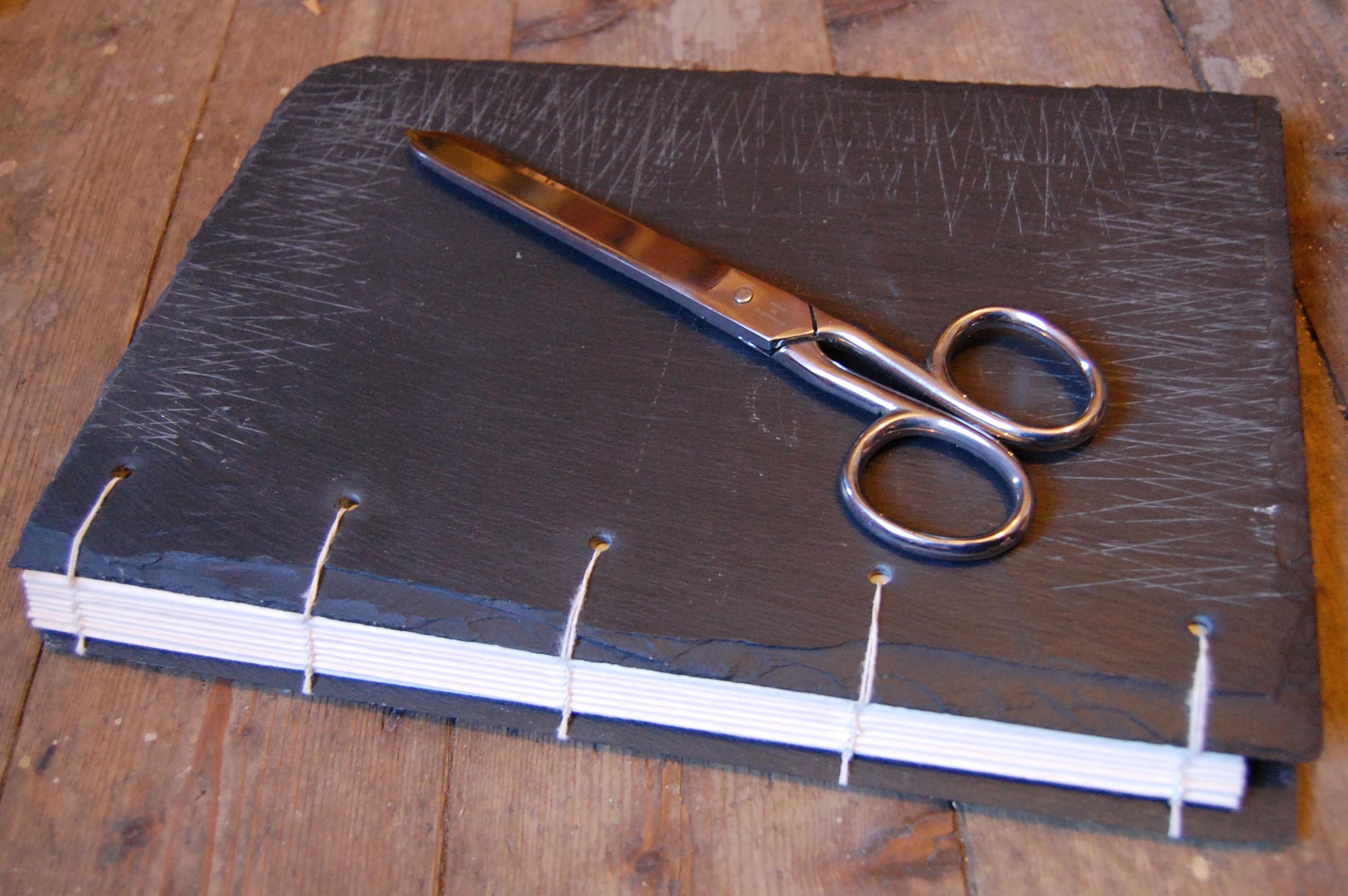 Rock, Paper, Scissors is a book which tells the story of the most expensive game of Rock, Paper, Scissors ever played. It is told through a text made up of columns showing 3386 rounds of the game. The book is about (story), through (code), of (materials) and by (process) Rock, Paper and Scissors, layering meaning to create a super-object.

It was part of the Judges’ Selection in the 4th Sheffield International Artist’s Book Prize in 2013.

This series of games tells the story through a code combining Rock, Paper, Scissors and Morse Code. 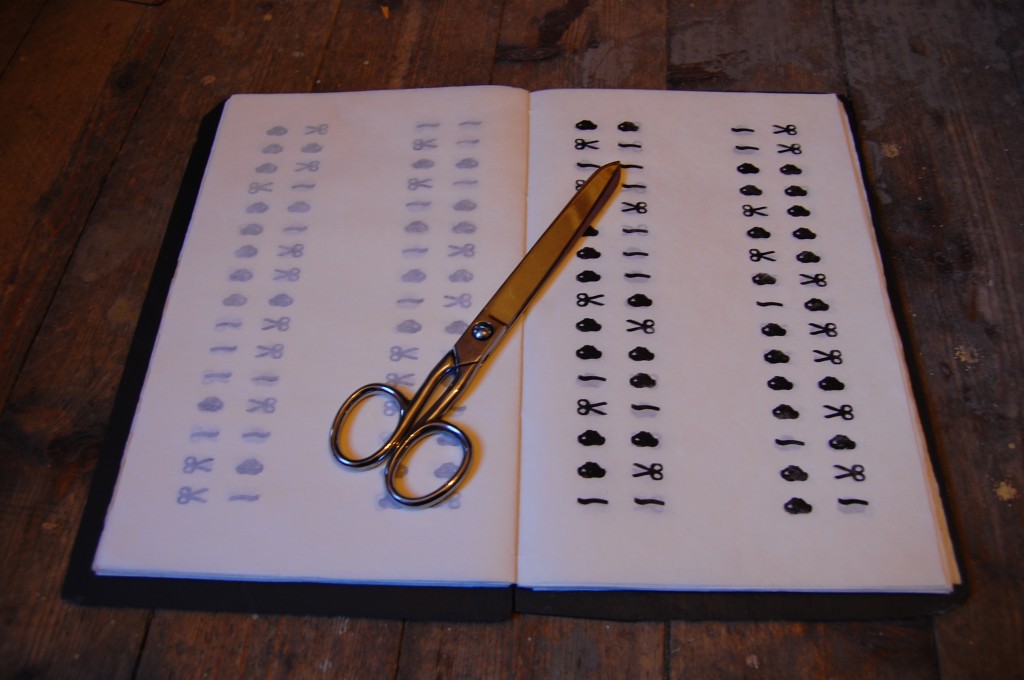 Reading down the columns, each rock represents a dot; each paper symbol is a dash; scissors are a break between letters. E.g. the first word of the story is “When”: 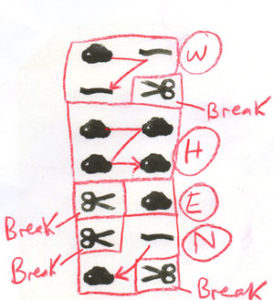 The book evidently consists of Rock, Paper and Scissors as materials, but it was also created by acting out the principles of the game:

The scissors cut the paper into pages. Then the scissors were blunted on the slate (see scoremarks on front of book). When the book is opened, paper smothers rock.

The text of the story reads as follows:

When Takashi Hashiyama, CEO of Maspro Denkoh Corporation, a Japanese electronics company, decided to sell off the company’s art collection, he invited Christie’s and Sotheby’s to submit proposals as to the best way to maximise the profits of the sale.

The collection, which featured works by Cézanne, Picasso and van Gogh, was expected to fetch in excess of twenty million dollars.

Finding that both auction houses had made equally good applications, Mr Hashiyama informed the Tokyo offices of the two companies on a Thursday afternoon in late July, 2005, that the contract would be settled by a single game of Rock, Paper, Scissors. They would have until Monday to choose their weapon.

While Sotheby’s saw the unusual request purely as a game of chance and subsequently admitted to having no real strategy, Kanae Ishibashi, the president of Christie’s in Japan, spent the weekend researching the psychology of the game. She found her experts in Flora and Alice, the eleven-year-old twin daughters of Nicholas Maclean, the international director of Christie’s Impressionist and Modern Art department. They advised that, as beginners, scissors would be the safest option. If both sides drew scissors, requiring another round, the correct play would be to stick to scissors, because, as they argued, everybody would expect you to play Rock next.

On the day of the competition, Ms Ishibashi prayed, carried lucky charm beads and sprinkled salt, a traditional Japanese good luck ritual. Two representatives from each auction house were sent to Maspro’s Tokyo offices and were seated at opposite ends of a long conference table. Each house was given a piece of paper and asked to write one word in Japanese: Rock, Paper or Scissors.

The sale went ahead, with the collection’s highlight, Cézanne’s “Large Trees Under the Jas de Bouffan (1885-1887) selling for just under twelve million dollars.

At auction, each sale is given a code name to aid identification.

The code name that Christie’s gave to this sale?

– Text adapted from an article published in The New York Times by Carol Vogel, with reporting contributions from Tokyo by Makiko Inoue: